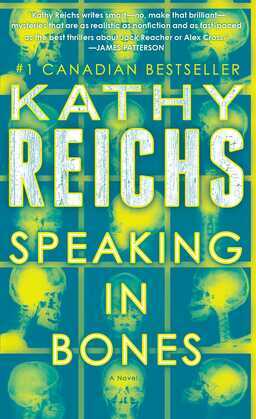 In this latest blockbuster novel from bestselling author Kathy Reichs, forensic anthropologist Temperance Brennan investigates what looks to be a typical missing person case, only to find herself digging up bones possibly left by a serial killer, a cult, or perhaps something not entirely of this world.For every case that Temperance Brennan has solved, there remain numerous bodies that remain unidentified in her lab. Information on some of these cold cases is available online, where amateur detectives sometimes take a stab at solving cases. When Tempe gets a call from Hazel "Lucky" Strike, a web sleuth who believes she's successfully connected a body in Tempe's lab to a missing eighteen-year-old girl, Tempe writes it off as another false alarm. Still reeling from her mother's diagnosis and the shock of Andrew Ryan's potentially life-change proposal, Tempe has little patience for chasing false leads. But when the bones in the lab match the missing girl's medical records, Tempe re-opens the case, returning to the spot where her remains were originally found. What seems at first to be an isolated tragedy takes on a more sinister cast as Tempe uncovers two more sets of bones nearby. Even more troubling is that the area is known as a viewing point for a famous unexplained light phenomenon, and that a local cult nearby has significant interest in the site. Tempe's suspicions turn to murder by ritual sacrifice--a theory that gains even more urgency when Hazel herself turns up dead. Struggling to follow the tracks of a killer who will do anything not to be discovered, Tempe races to solve the murders and unravel the mysteries surrounding the site before the body count climbs higher. A suspenseful, modern addition to Temperance Brennan's ongoing story, Speaking in Bones proves that Kathy's pulse-pounding Bones series shows no signs of slowing down.